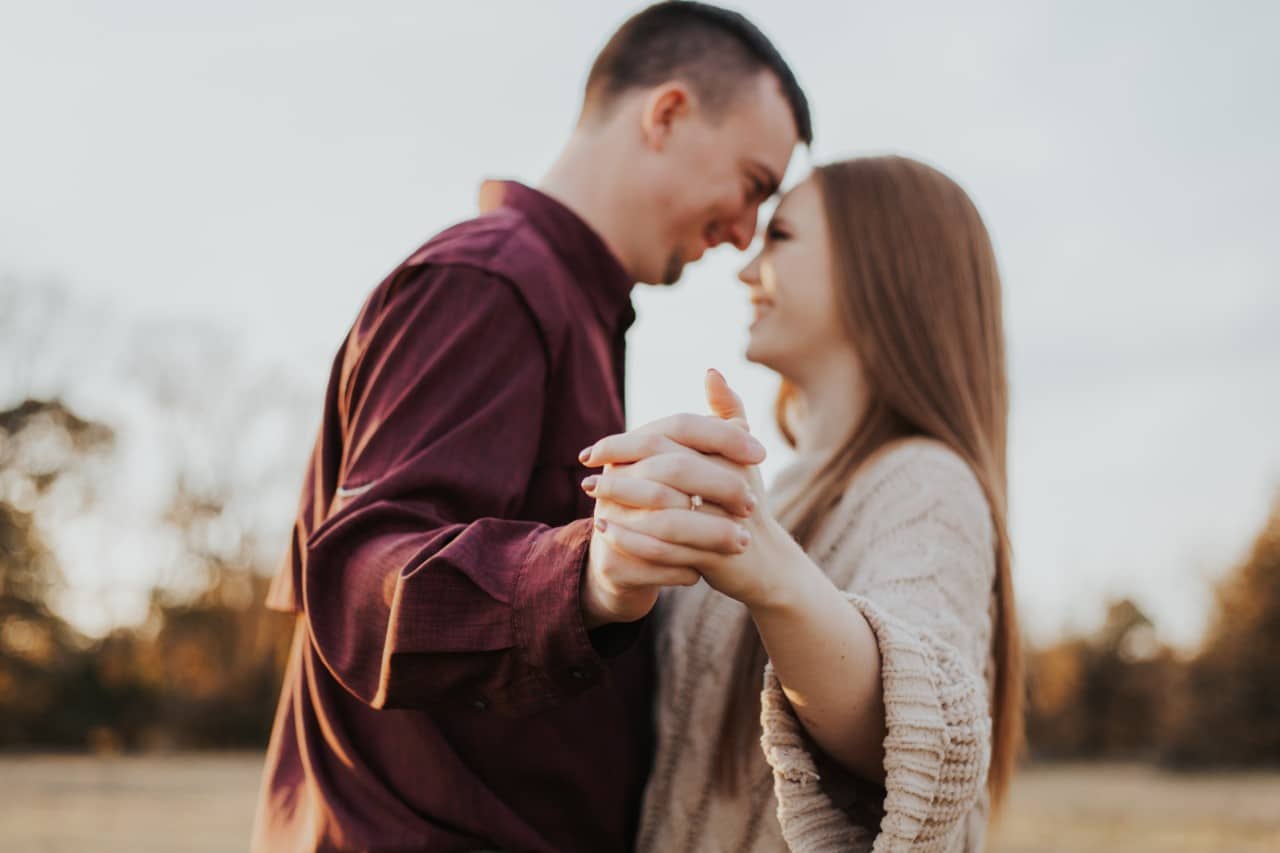 Aaron and I first “met” on social media. It was the summer I moved back home and transferred to TAMU-Texarkana. One of my friends convinced me to download one of those dating apps, like Bumble and Tinder. So I did…for about a week. During that time I came across Aaron and we had a match. He messaged me and hinted at my profile that I liked to two-step. We talked for a short amount of time and found out that we’d both be at TAMUT and that we have a few mutual friends. Aaron asked me to go out to eat with him one weekend so of course I said yes. However, my mom did not like the idea of me meeting some random dude, which I honestly don’t blame her, but that required me to delete the dating apps and forget about him.

Fast forward to the week or so before the fall semester started and I re-downloaded the app. I immediately went to my messages and saw that Aaron had messaged me and eventually decided that I ghosted him and didn’t want to go on a date with him. I felt so awful for leaving him hanging like that, so I messaged him and tried to explain the whole “stranger danger” scenario. Fortunately he understood and we started talking again.

Then we get to the first day of classes. I had to be up at the school early that morning. As I was walking back to my car I saw a guy that kind of resembled Aaron. Now of course I’ve never seen him in person before…or so I thought (we’ll get to that later). Aaron was walking with a friend, Travis. As we got closer I realized it was him! But I am SO AWKWARD when it comes to saying hi to people I don’t know very well or never met in person. So I looked the other way and acted like I didn’t see him. Then, the weirdo I am decided to message him and tell him that I’m pretty sure I just walked past him…which is so lame, I know. He wasn’t really paying attention anyways so it didn’t make a difference. Anyways, I had to be back up at the school later that evening for class and Aaron asked if I wanted to get together afterwards and go eat.

Our first date was that night at Ta Molly’s. It was one of the best dates I’ve ever had. It felt so natural and we bantered back and forth with one another. Eventually Aaron started talking about a yellow Toyota he use to drive. I think I stared at him for the longest time with a confused look on my face before I had to stop him mid-sentence. So I asked him, “did you take tutoring from Katie Martin?” He said yeah and I just about freaked out and started laughing. I said, “I remember seeing that truck when I went to tutoring and made fun of it with a friend. We thought it looked like the Pizza Planet truck on Toy Story!” Aaron goes, “That was you?!” I had posted a picture of that truck on Instagram while in high school. Aaron saw it from a family member, Raegan Aslin, and told me that I was so mean for that, LOL. We couldn’t believe that we took math tutoring from the same person AND saw each other multiple times while there. With both of us living in close proximity small towns, it was bound to happen but that was 3+ years ago before we actually met.

Fast forward again to almost two years later. Aaron has had the engagement ring since January 2019. He asked for my dad’s permission in April. That night I actually remember, and always wondered if he might have talked to my dad about marrying me. The day after my 22nd birthday, August 16th, my family, Aaron’s parents and sister, and some of our friends went out to eat for my birthday at Zapata’s. Now before this occurred I had some coworkers who took bets that Aaron would propose to me sometime in August. They decided this at the beginning of summer. So the week of my birthday I was constantly thinking about if Aaron would propose or not. I didn’t stop thinking about it until Aaron picked me up and I immediately looked over at his pants to see if he had anything in his pockets. I didn’t see anything so I forgot about it all night. After we finished eating and socializing at Zapata’s, we went outside to take pictures with everyone. I got Aaron to come over to me to take pictures and my mom and Laurie, Aaron’s stepmom, said for him to wait last for pictures. I didn’t understand why but just shrugged it off and took pictures with other people. Finally, Aaron gets up there with me and they snap a few pictures. I try to get a couple more friends up for pictures and feel Aaron tap/pull on my arm. I turn towards him and he’s on one knee holding the ring out. I went into shock. My mouth was open for soooo long. I seriously was so surprised because I wasn’t thinking about this happening from earlier. Aaron asked if I would marry him and of course I said, “YES!”
(p.s. Apparently he asked me twice and I just never heard him the first time lol)

We are so excited for our future together and can’t wait to celebrate this union with our close family and friends.